If you talk to your friends or peruse the Internet these days, you will hear a lot about the wonders of cannabis. It makes you high, it makes you happy. It relieves pain, it curbs nausea, it reduces anxiety, it helps with depression and it aids sleep.

I’m a pharmacologist who studies the system in the brain that interacts with cannabis – the endocannabinoid system. Despite what you may have read, have been told or believe, the fact is there is a lot we don’t know about cannabis. We certainly don’t know enough to make well-informed choices about using it.

How individuals respond to cannabis varies according to their age, their genes, their overall health, how often they use it and how much they take. A lot comes down to the fact that cannabis causes changes to the endocannabinoid system, which affects appetite, mood, memory, stress responses and pain relief – with many different possible outcomes.

Many of the health claims made about THC (tetrahydrocannabinol, a psychoactive ingredient in cannabis) and CBD (cannabidiol, a non-psychoactive ingredient) do not have strong clinical evidence to validate them. We have some information on the effects in pain and epilepsy, but no good data for claims about post-traumatic stress disorder, for example, or anxiety and depression. Some individuals may benefit from cannabis and others may be harmed. If you are at risk of psychosis, cannabis may make things worse.

To ensure they have customers in the future, cannabis companies are creating glitzy products aimed at young adults

You may think that decades of casual cannabis use has provided us with good evidence of how the drug affects people. But a lot of what we can glean from those decades is very muddled. THC levels have increased dramatically, so it’s difficult to come to confident conclusions about the effect of a drug that for decades was ingested at a much lower dose.

When it comes to legalization, we have to consider the profound impact of promotion and marketing, and the search for profits. To ensure they have customers in the future, cannabis companies are creating glitzy products likely aimed at young adults. Some are high potency and some are mixed with alcohol.

The consequence may be an increase in overall use and, by extension, greater abuse of the drug. There is also a generational effect, as the culture and habits of young adults heavily influence adolescent behaviour. This is the polar opposite of the public health goal of delaying when people start to use cannabis and reducing problematic use.

Normally, any new medicine undergoes years of rigorous safety and efficacy testing before it is made available for prescription. And even with these kinds of safeguards for medicines, unethical marketing, promotion and misleading information can lead to a public health disaster. The opioid crisis is a recent tragic example.

Tobacco is another. In the first half of the 20th century, cigarettes were marketed as having calming or energizing effects. Data began to emerge on the links between tobacco and lung cancer, but it was many years before this became a public health campaign.

Even then, the tobacco industry caused confusion by describing the link between smoking and lung cancer as “controversial.” Many people picked up smoking and were harmed before the risks were clearly communicated. 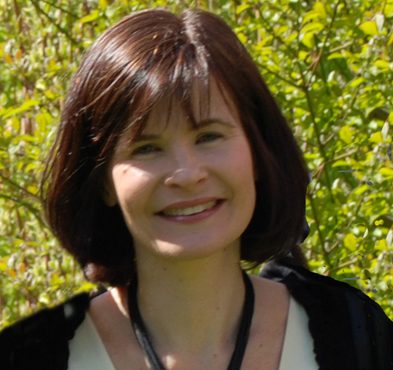 Worryingly, some believe that the detrimental effect of cannabis in people at risk of psychosis is unsubstantiated. The Canadian Psychiatric Association and the Canadian Medical Association would say otherwise.

Similarly, we’ve known for more than 25 years that alcohol is linked to certain types of cancer, including breast cancer. In order to counteract the potential loss of sales, the alcohol industry sows confusion by repeating shaky claims about the health benefits of moderate drinking.

We may be heading down a familiar road with cannabis promotion. Companies are investing heavily in marketing, with billboards, pop-up booths and rock star advocates. Some of it is subtle. The products have names such as “Renew” and “Unplug,” and are described as “natural,” “organic,” “vibrant,” and “well-balanced,” which imply (unsubstantiated) health benefits but fail to point out potential harms. (Similarly, the tobacco industry developed new products branded as “fresh” or “mild.”)

Even more concerning is the “educational” material that the cannabis industry funds. This includes websites, which are not clearly identified as being linked to the industry, and videos and advertorials that masquerade as real reporting. The problem is not always what is said, but what is not said. They highlight the benefits of cannabis but minimize or ignore its possible harms.

Now that cannabis is legal in many western countries and some in Africa, it is imperative that those who use it recreationally get unbiased information. Both doctors who prescribe it and their patients need to know if cannabis really works, has side-effects or could make their symptoms worse.

As cannabis research receives more funding, the public must learn about all the findings – about harms, benefits or lack of effects. Mixed messaging or delay will inevitably lead to confusion.

I’m not saying that cannabis is always dangerous or never therapeutically helpful. I’m saying that, in many cases, we simply don’t know yet. We need trustworthy, unbiased educational campaigns. As new research findings emerge, we might need to find new ways of encouraging people to use it less or use it later or not at all. We have a responsibility to enable potential users to make choices about cannabis use with the best possible information.