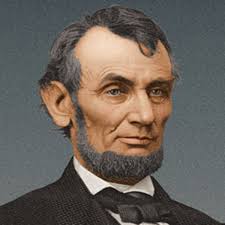 I see in the near future a crisis approaching that unnerves me, and causes me to tremble for the safety of our country

US President Abraham Lincoln worked valiantly to prevent the Rothschild’s attempts to involve themselves in financing the Civil War.

Interestingly, it was the Czar of Russia who provided the needed assistance against the British and French, who were among the driving forces behind the secession of the South and her subsequent financing. Russia intervened by providing naval forces for the Union blockade of the South in European waters, and by letting both countries know that if they attempted to join the Confederacy with military forces, they would also have to go to war with Russia.

The Rothschild interests did succeed, through their agent Treasury Secretary Salmon P. Chase, to force a bill (the National Banking Act) through Congress creating a federally chartered central bank that had the power to issue U.S. Bank Notes. Afterward, Lincoln warned the American people:

“The money power preys upon the nation in time of peace and conspires against it in times of adversity. It is more despotic than monarchy, more insolent than autocracy, more selfish than bureaucracy.

“I see in the near future a crisis approaching that unnerves me, and causes me to tremble for the safety of our country. Corporations have been enthroned, an era of corruption will follow, and the money power of the country will endeavor to prolong its reign by working upon the prejudices of the people, until the wealth is aggregated in a few hands, and the republic is destroyed. “<http://www.servelec.net/lincoln.htm#4>4

Lincoln continued to fight against the Central Bank, and some now believe that it was his anticipated success in influencing Congress to limit the life of the Bank of the United States to just the war years that was the motivating factor behind his assassination.

The Lone Assassin Myth is Born

Modern researchers have uncovered evidence of a massive conspiracy that links the following parties to the Bank of Rothschild:<http://www.servelec.net/lincoln.htm#5>5 Lincoln’s Secretary of War Edwin Stanton, John Wilkes Booth, his eight co-conspirators, and over seventy government officials and businessmen involved in the conspiracy.

When Booth’s diary was recovered by Stanton’s troops, it was delivered to Stanton. When it was later produced during the investigation, eighteen pages had been ripped out. These pages, containing the aforementioned names, were later found in the attic of one of Stanton’s descendants.

From Booth’s trunk, a coded message was found that linked him directly to Judah P. Benjamin, the Civil War campaign manager in the South for the House of Rothschild. When the war ended, the key to the code was found in Benjamin’s possession.

The assassin, portrayed as a crazed lone gunman with a few radical friends, escaped by way of the only bridge in Washington not guarded by Stanton’s troops.

“Booth” was located hiding in a barn near Port Royal, Virginia, three days after escaping from Washington. He was shot by a soldier named Boston Corbett, who fired without orders. Whether or not the man killed was Booth is still a matter of contention, but the fact remains that whoever it was, he had no chance to identify himself. It was Secretary of War Edwin Stanton who made the final identification. Some now believe that a dupe was used and that the real John Wilkes Booth escaped with Stanton’s assistance.

Mary Todd Lincoln, upon hearing of her husband’s death, began screaming, “Oh, that dreadful house!” Earlier historians felt that this spontaneous utterance referred to the White House. Some now believe it may have been directed to Thomas W. House, a gun runner, financier, and agent of the Rothschild’s during the Civil War, who was linked to the anti-Lincoln, pro-banker interests.<http://www.servelec.net/lincoln.htm#6>6

Another myth that all Americans live with is the charade known as the “Federal Reserve.” It comes as a shock to many to discover that it is not an agency of the United States Government.

The name “Federal Reserve Bank” was designed to deceive, and it still does. It is not federal, nor is it owned by the government. It is privately owned.<http://www.servelec.net/lincoln.htm#7>7 It pays its own postage like any other corporation. Its employees are not in civil service. Its physical property is held under private deeds, and is subject to local taxation. Government property, as you know, is not.

It is an engine that has created private wealth that is unimaginable, even to the most financially sophisticated. It has enabled an imperial elite to manipulate our economy for its own agenda and enlisted the government itself as its enforcer. It controls the times, dictates business, affects our homes and practically everything in which we are interested.

It takes powerful force to maintain an empire, and this one is no different. The concerns of the leadership of the “Federal Reserve” and its secretive international benefactors appear to go well beyond currency and interest rates. 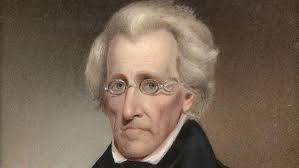 Andrew Jackson was the first President from west of the Appalachians. He was unique for the times in being elected by the voters, without the direct support of a recognized political organization. He vetoed the renewal of the charter for the Bank of the United States on July 10, 1832.

In 1835, President Andrew Jackson declared his disdain for the international bankers:

“You are a den of vipers. I intend to rout you out, and by the Eternal God I will rout you out. If the people only understood the rank injustice of our money and banking system, there would be a revolution before morning.”<http://www.servelec.net/lincoln.htm#8>8

Was this the beginning of a pattern of intrigue that would plague the White House itself over the coming decades? Was his (and Lincoln’s) death related by an invisible thread to the international bankers?

President James Abram Garfield, our 20th President, had previously been Chairman of the House Committee on Appropriations and was an expert on fiscal matters. (Upon his election, among other things, he appointed an unpopular collector of customs at New York, whereupon the two Senators from New York–Roscoe Conkling and Thomas Platt–resigned their seats.)

President Garfield openly declared that whoever controls the supply of currency would control the business and activities of all the people. After only four months in office, President Garfield was shot at a railroad station on July 2, 1881. Another coincidence.

Shortly thereafter, President John F. Kennedy was assassinated.<http://www.servelec.net/lincoln.htm#11>11 The professional, triangulated fire that executed the President of the United States is not the most shocking issue. The high- level coordination that organized the widespread coverup is manifest evidence of the incredible power of a “hidden government” behind the scenes. (Sound preposterous? Read Kill Zone, by Craig Roberts for an update on the events in Dealey Plaza.)

The Trail of Blood Continues

In the 70’s and 80’s, Congressman Larry P. McDonald spearheaded efforts to expose the hidden holdings and intentions of the international money interests. His efforts ended on August 31, 1983, when he was killed when Korean Airlines 007 was “accidentally” shot down in Soviet airspace. A strange coincidence, it would seem.

Senator John Heinz and former Senator John Tower had served on powerful Senate banking and finance committees and were outspoken critics of the Federal Reserve and the Eastern Establishment. On April 4, 1991, Senator John Heinz was killed in a plane crash near Philadelphia.<http://www.servelec.net/lincoln.htm#12>12

On the next day, April 5, 1991, former Senator John Tower was also killed in a plane crash. The coincidences seem to mount.<http://www.servelec.net/lincoln.htm#13>13

Attempts to just audit the Federal Reserve continue to meet with failure. It is virtually impossible to muster support for any issue that has the benefit of a media blackout.<http://www.servelec.net/lincoln.htm#14>14 (The bizarre but tragic reality that the American people suffer from a managed and controlled media is a subject for another discussion.)

Beginning of a Series

For many years, numerous authors have attempted to sound the alarm that there exists a hidden “shadow government” that actually rules America. Most of us have dismissed these “conspiracy theory” views as extremist and unrealistic. However, when I had the opportunity to have lunch with Otto von Habsburg,<http://www.servelec.net/lincoln.htm#15>15 Member of the European Parliament, he made two remarks that caught my attention. The first was: “The ignorance in America is overwhelming.” Indeed, the contrast in general awareness of world affairs between the average American and the average European is striking.

It was his second observation that really provoked me: “The concentration of power in America is frightening.”<http://www.servelec.net/lincoln.htm#16>16 As a reasonably circumspect senior executive, having spent three decades in international finance and viewing America as a broadly based representative democracy, his remark shocked me. It prompted me to do some more homework. The results of my inquiries are most disturbing.